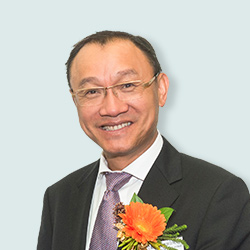 Mr. Tang Ching Ho, GBS, JP, is a co-founder of the Group, which was established in 1987, and the Chairman of the Company since November 1993. He is also an authorised representative and a member of the remuneration committee, and the chairperson of the executive committee, the nomination committee and the investment committee of the Company. He is responsible for the strategic planning, policy making and business development of the Group. He has extensive experience in corporate management. He is also the chairman and managing director of WYT and the chairman and the non-executive director of CAP. Mr. Tang is the committee member of the 12th and 13th National Committee of the Chinese People’s Political Consultative Conference (“CPPCC”) and is also appointed as a standing committee member and convener of the 10th to 12th plenary sessions of the CPPCC Guangxi Zhuang Autonomous Region Committee. Mr. Tang is also appointed as the first executive chairman of the Federation of Hong Kong Guangdong Community Organisations and the chairman of Federation of Hong Kong Shenzhen Association. He is the husband of Ms. Yau Yuk Yin, the Deputy Chairman of the Company and the father of both Mr. Tang Ho Hong (i.e. the spouse of Ms. Stephanie, an executive Director) and Ms. Tang Wai Man, both the senior management of the Company. 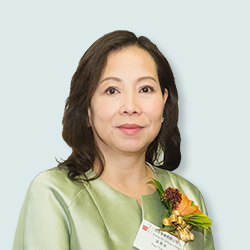 Ms. Yau Yuk Yin, is a co-founder of the Group and the Deputy Chairman of the Company since November 1993. She is also a member of the remuneration committee, the nomination committee and the executive committee of the Company. Ms. Yau is responsible for the overall human resources and administration of the Group. She has over 28 years of extensive experience in human resources and administration management. Ms. Yau is the wife of Mr. Tang Ching Ho, the Chairman of the Company, and the mother of both Mr. Tang Ho Hong (i.e. the spouse of Ms. Stephanie, an executive Director) and Ms. Tang Wai Man, both the senior management of the Company. 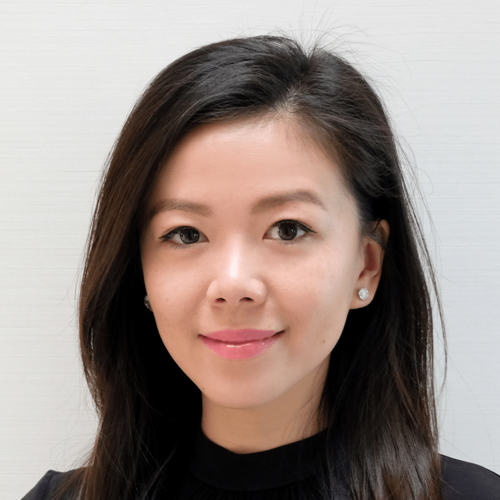 Ms. Stephanie, rejoined the Group in 2020 and is currently the Chief Executive Officer — Financial Services. She is also a member of the executive committee and the investment committee of the Company. She obtained a Bachelor Degree in Finance and Marketing from The University of Washington, USA. Ms. Stephanie has extensive experience in accounting and corporate finance. She is a director of Easy One Financial Group Limited (“Easy One”, the shares of which were listed on the Main Board of The Stock Exchange of Hong Kong Limited (the “Stock Exchange”) and its privatisation proposed by Caister Limited by way of a scheme of arrangement became effective on 16 October 2020), and also a director of certain subsidiaries of Easy One. Prior to re-joining the Group, Ms. Stephanie worked in the financing and accounting field for more than 10 years, including in a multinational corporation where she oversaw financing and accounting matters and an international accountancy firm where she participated in numerous merger and acquisition projects. Ms. Stephanie is also a director of certain subsidiaries of the Group. Ms. Stephanie is the spouse of Mr. Tang Ho Hong, a son of Mr. Tang Ching Ho and Ms. Yau Yuk Yin (both Mr. Tang Ching Ho and Ms. Yau Yuk Yin are the executive Directors and controlling shareholders of the Company). Mr. Tang Ho Hong is a senior management of the Company. Ms. Stephanie is the sister-in-law of Ms. Tang Wai Man, a senior management of the Company.

Mr. Wong Chun, Justein, BBS, MBE, JP, joined the Group in November 1993 as an independent non-executive Director. He is a member of the audit committee and the nomination committee of the Company and the chairman of the remuneration committee of the Company. Mr. Wong holds a bachelor’s degree in Commerce and Computing Science from Simon Fraser University, Canada. He is a Fellow of Institute of Canadian Bankers. He was a member of the Fight Crime Committee, the Independent Police Complaints Council, the Legal Aid Services Council, chairman of Quality Education Fund Assessment and Monitoring Committee, a member of Solicitors Disciplinary Tribunal Panel, a member of Council on Professional Conduct in Education. He is ex-official member of New Territories Heung Yee Kuk and is currently a member of other government advisory bodies.

Mr. Chan Yung, BBS, JP, joined the Group in August 2020 as independent non-executive Director. He is also a member of the audit committee, the remuneration committee and the nomination committee of the Company. He is a registered social worker and the chairman of New Territories Association of Societies. He is also a director of New Territories Association of Societies (Community Services) Foundation since 2002. Mr. Chan has various public appointments including Hong Kong Deputy to the 12th and 13th National People’s Congress of the People’s Republic of China and a vice-chairman of Democratic Alliance for the Betterment and Progress of Hong Kong. Mr. Chan holds a Bachelor’s Degree from City University of Hong Kong, a Postgraduate Diploma of Politics and Public Administration from Tsinghua University and a Master’s Degree in Law and Public Affairs from The Chinese University of Hong Kong. Mr. Chan was appointed as a Justice of Peace by the HKSAR Government in 2011 and awarded Bronze Bauhinia Star in 2014. Mr. Chan is an independent non-executive director of GET Holdings Limited (stock code: 8100), shares of which are listed and traded on the GEM of the Stock Exchange.